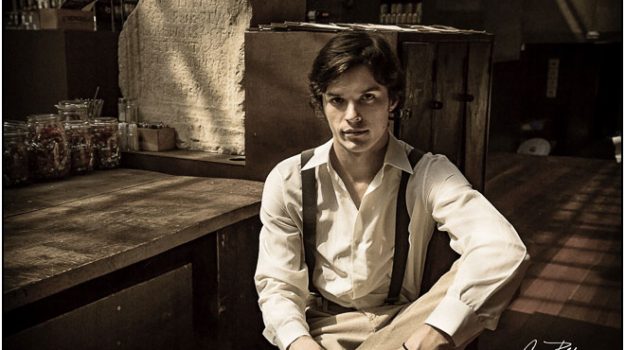 After the previous day’s welcome dinner and drinks under a glorious sunset in a terrace with magnificent views, the first “real” day of the Porto Photography Experience had some big shoes to fill…

Following a lovely hotel breakfast, the first day of the Porto Photography Experience kicked off with a leisurely walk through one of Porto’s oldest and most charismatic parks, “Jardim de São Lázaro”. This location is a treasure ground for street photography, as Rasmus, a keen street photographer himself, promptly demonstrated.
In typical Porto character, groups of old men come to the park in search of a cool breeze to while away the days, play cards and take a little flutter on their winnings. They’ll always have some news to discuss, usually involving football, politics or the weather – or all three at the same time!, and thus the stage is set for endless hours of street theatre. 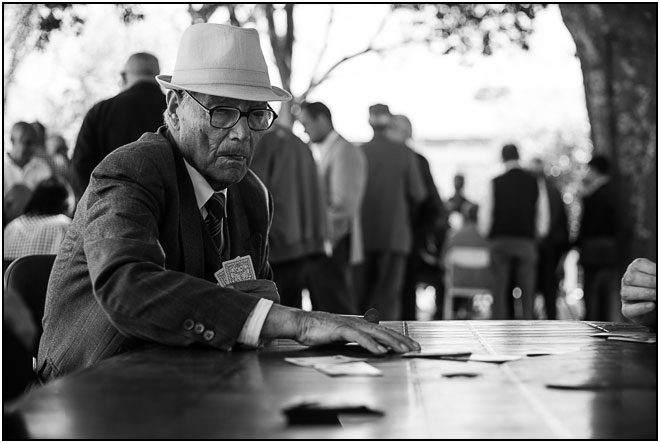 Our first models, Josanni and Serhii, were already with us by this point, and Rasmus took the first turn by creating some beautiful portraiture work against the oldest camellia trees in the city, fully out in bloom.

Josanni and Serhii relentlessly walked and twirled through the park, and sat for each photographer, unphased as reflectors and bounce cards were placed and tweaked around them to the now constant background sound of shutters clicking. It was thrilling to see how each photographer handled the same location and models in such different ways, each imparting their own approach. Even more thrilling was to see how quickly the groups were interacting in a manner that seemed as if they had all been working together for years! 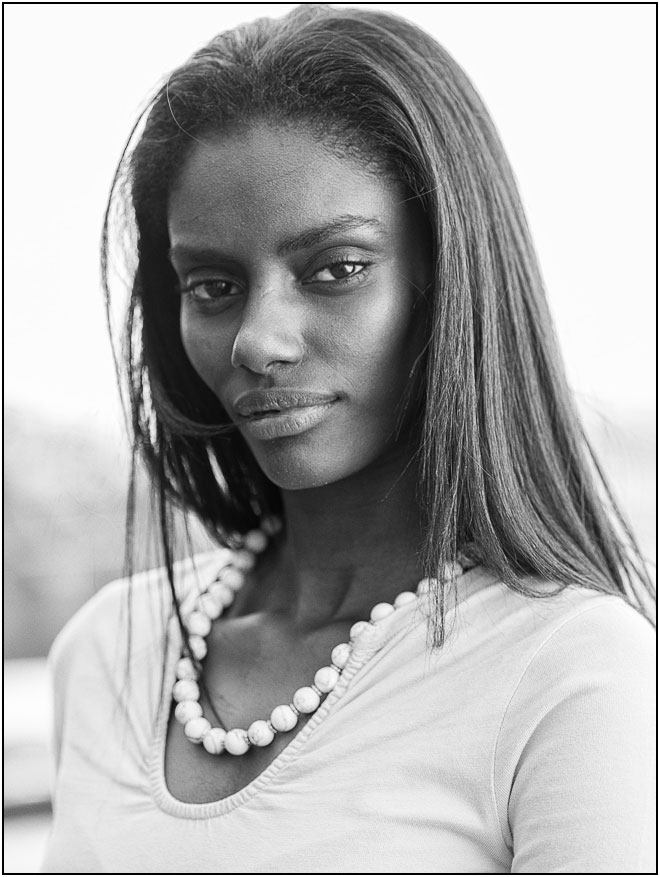 The first of many walks…

Leaving the park behind, we started on the first photowalk of the weekend. Staying off the tourist beaten path and delving into the true, unpolished heart of Porto, meant we had the locations to ourselves – and that opportunity was promptly grabbed by everybody in the group, who took turns between shooting our models, or architecture, street, human interactions… anything and everything provided the spark that ignited their creative fuel. 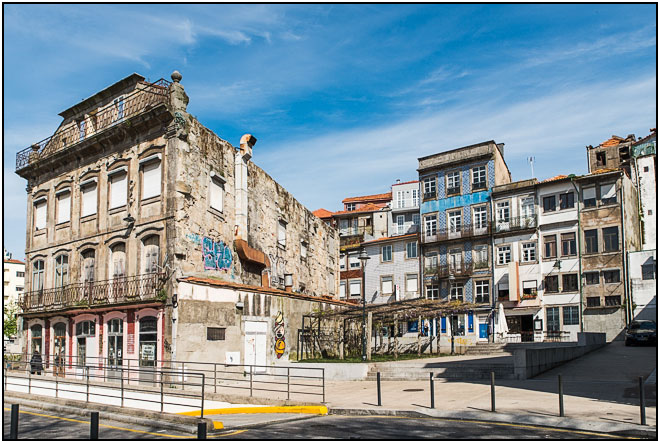 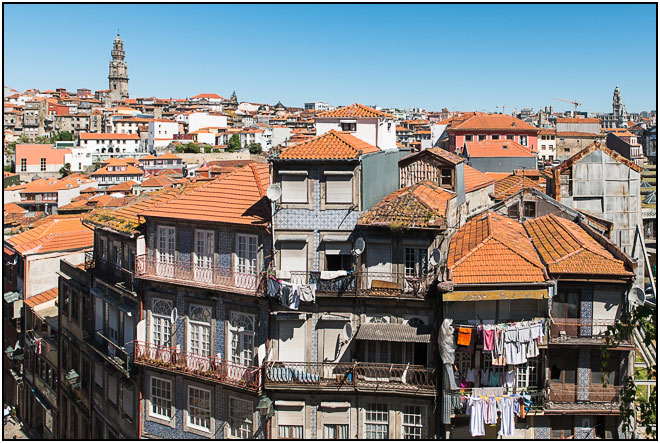 The impressive Mercado Ferreira Borges, an old market building constructed in 1885 and now the home of the Hard Club café, restaurant and music venue, would not only be our lunch stop, but also provide the next photo shoot location. The effects of a full morning of walking around and shooting were making themselves felt, and the wonderful “Hard Club” restaurant staff took excellent care of us.
On the menu was the traditional “Francesinha” (or “San Francisco” if you’re like Ole and can’t pronounce it properly! 😀 ) – a meal that you really need to try at least once when visiting Porto. The “Francesinha”, which means “small French female”, is a derivation of the French “Croque Monsieur”: a plate of meat, bread, more meat, sausages, cheese, all covered in tomato and beer sauce – soooooo good! It can also be served with chips (french fries, if you don’t live in the UK), for the complete vein-clogging, heart-attack inducing all-in-one meal.

(Editor’s note: At this point we should really show you a photo of a Francesinha – so sorry, we were waaaaaaay too hungry and they just smelled too good to be playing around, so we just ate them instead!)

After coffee and a quick model wardrobe change to fit the styling, the afternoon session was ready to begin.
The vintage interior of the Hard Café, with its brown sofas, traditional wooden tables, a fire stove and matching decorations became the perfect setting for our models in their vintage clothing. 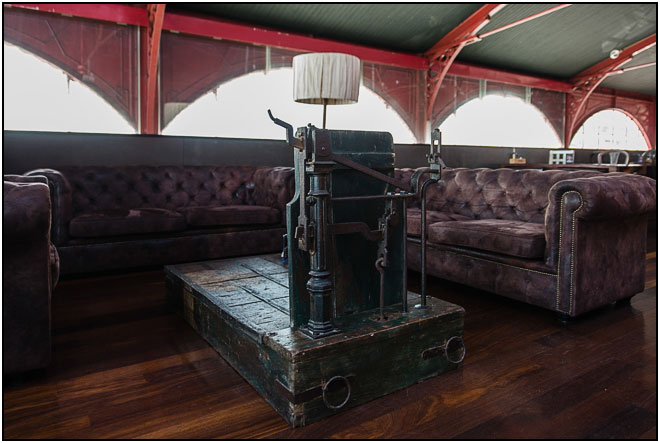 The Hard Club, now empty of lunchtime customers, provided plenty of space and different settings for two groups to be working in separate locations at all times – from the industrial feeling of the downstairs tall ceilings and concrete walls to the warm vintage ambiance of the Café – that gave them enough space to move around and avoid interference between lighting equipment, triggers, etc. 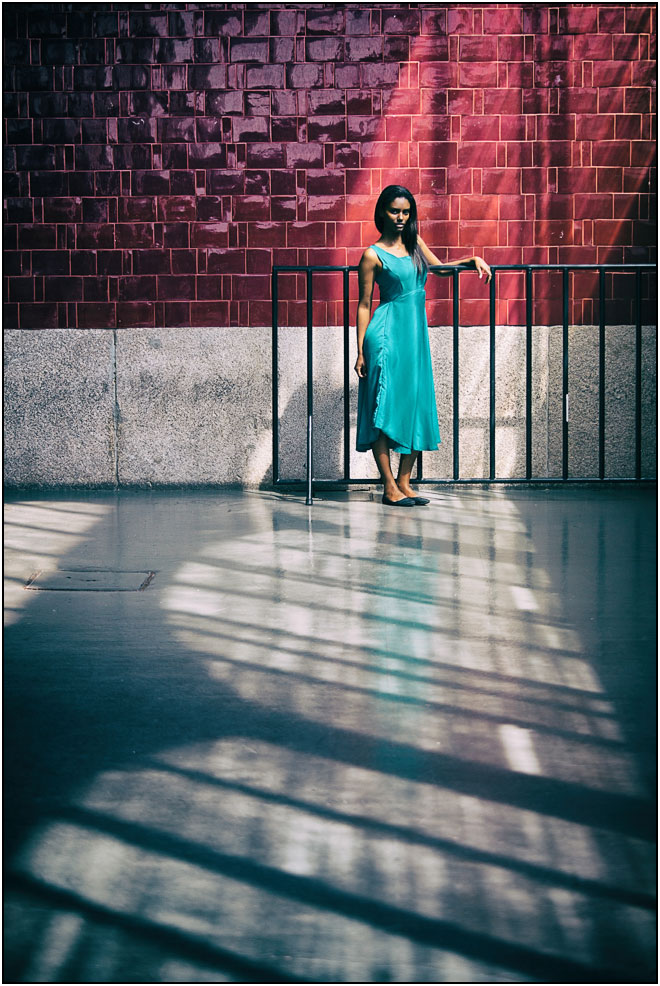 Carmen, who had started the day with a migraine and spent the morning at the hotel being looked after by the staff, joined the group at this point. And join the group she did: we watched as she took to the set, feeling how the window light fell on one of the tables and then placing Serhii in that shaft of light, working with him until she had captured his energy in that moment. It was simply a magical experience to see it unfold in front of your eyes. 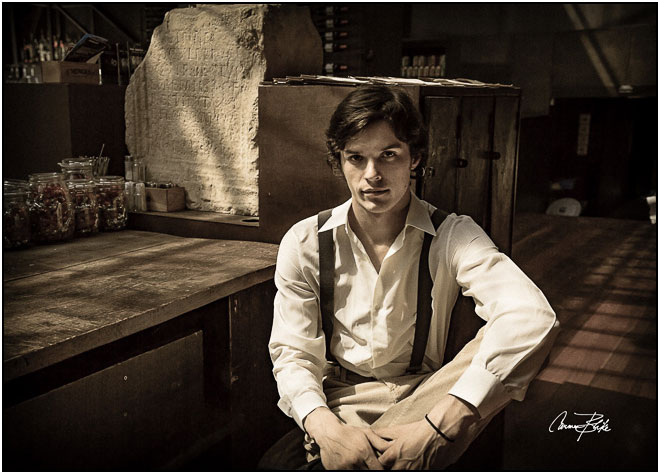 Ole, who often runs workshops, took the time to discuss how and why he uses the lighting equipment, and show some of the less experienced portrait photographers how he places the model into his light. It was wonderful to get the opportunity to see this in practice.
Each photographer in the group had their own working personality – and it was such a privilege to be there and watch all of them work the images to suit their individual aesthetic. 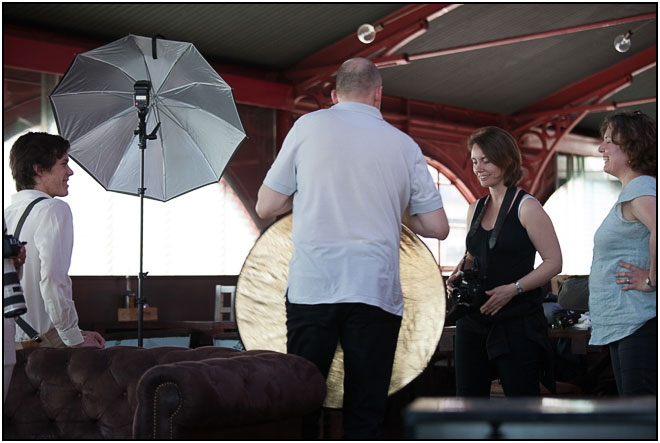 Leaving the Hard Club behind, we made our way to the river banks to embark on a traditional boat tour up and down the Douro – an opportunity to sit back and relax while soaking in the sights (or just continue shooting, as the models were still with us!).

As we were waiting to board the boat, a typical Porto “Tuna Académica” approached us. “Tunas” are groups of university students dressed in their traditional black suit and cape (now known as the “Harry Potter” capes), who play traditional instruments and sing serenades – a tradition dating back to the 13th Century and which continues to this day! A group of people with pro-looking cameras in a tourist location is always an attraction in itself, and we were presented with our very own private serenade under the shade of the trees. 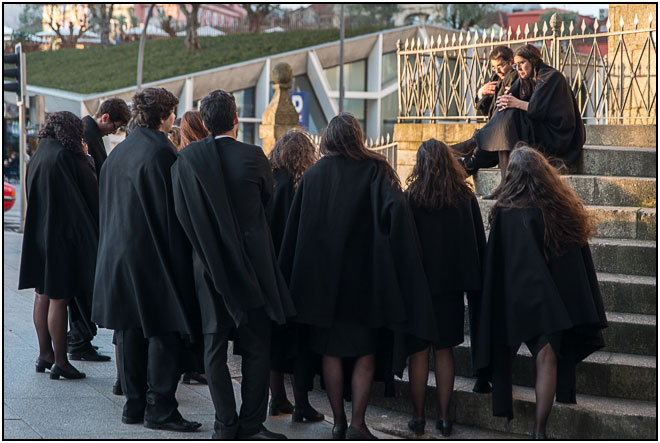 Never ones to waste time, the pause before boarding the boat provided the perfect opportunity to get Serhii and Josanni sitting together, and demonstrate different modelling poses for males and females. These pockets of time to reflect gave everyone the opportunity to get what they most needed to advance their own work. 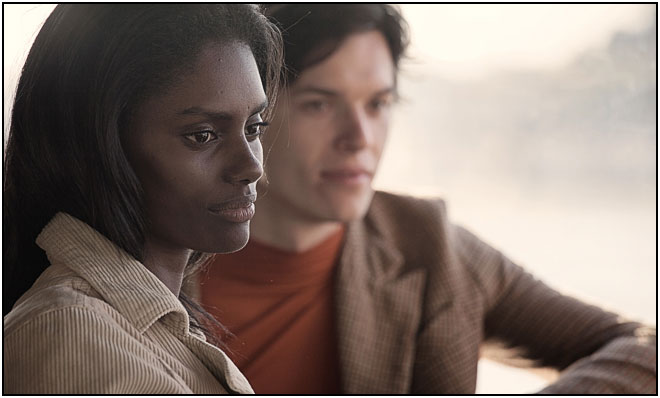 The short boat trip took everyone under each one of Porto’s 6 bridges. This is a very touristy thing to do in Porto – but it does provide a unique vantage point of Porto, Gaia and the bridges as seen from the river. 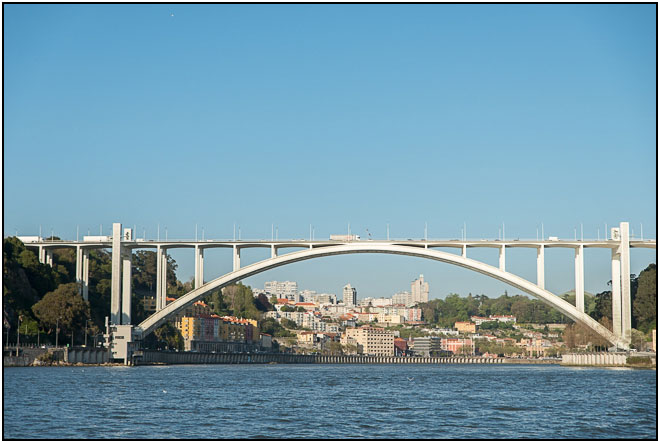 To finish this wonderful day of camaraderie and experience sharing, nothing better than to do it with drinks and dinner at the Porto Cruz, DeCastro Gaia restaurant, right next to the river’s south bank. Viewing Porto from the south bank at sunset can only be described as stunningly beautiful – and we had front row seats: watching the orange glow bathe the layers of buildings across the river, its cool breeze caressing our skin, while sipping the perfect G&T’s… magic! 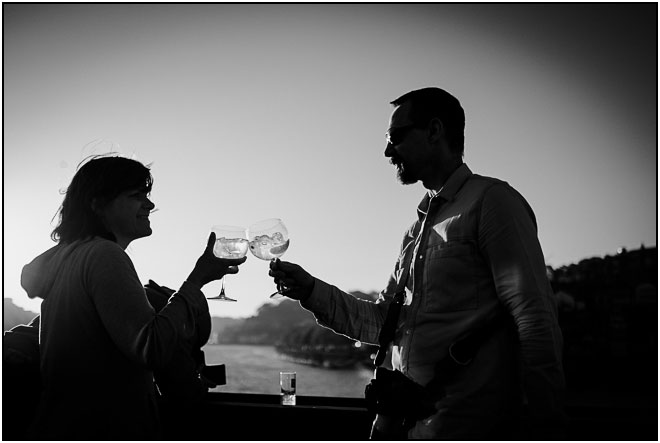 As for dinner itself – there are no words. Just the most amazing menu… and the raspberry sorbet can only be described as a hug on a plate.
After dinner, and just like the day before, we got our transfer back to the Hotel, followed by a Port nightcap before heading to bed, all the conversations reminiscings of everything that had been seen, done, shot, felt that day – a truly EPIC day.

..and a wonderful experience it was! Thank’s to your tremendously thought through and executed plan. Even ‘touristy’ things fitted perfectly.