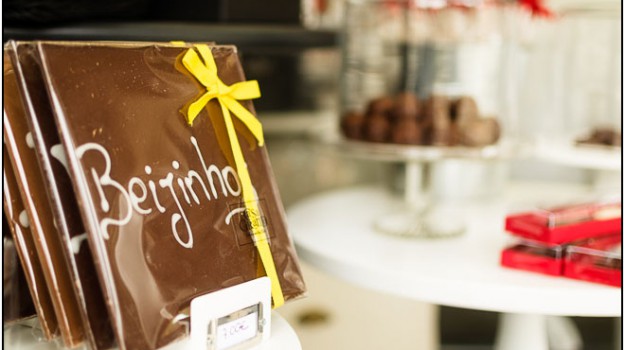 Everyone loves chocolate, right? Okay, not everybody, but for us it’s a no-brainer! So what happens when we hear about a chocolate fair happening in the next town? Yes: we go there. And right on time to pick up some Valentine’s presents!

Portuguese fairs are all about representing the traditional crafts, which always include bread making. But what has bread to do with chocolate, you ask? Well, everything, judging by the treats on display… And by the way, we’re yet to meet a grumpy baker! Even more so when they work with chocolate too… 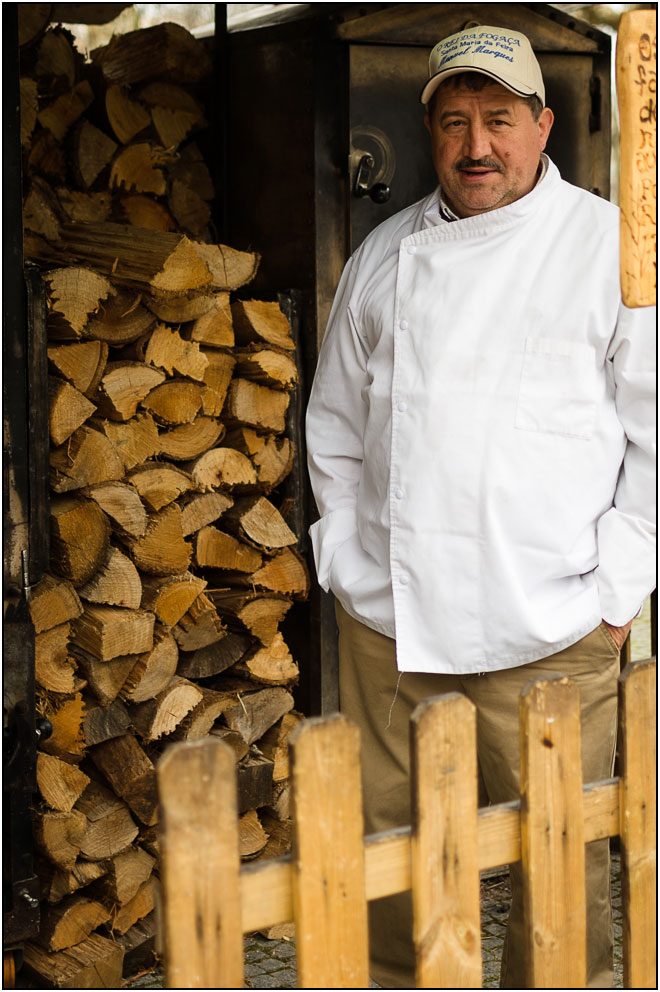 The amazing Casa Grande was there, representing their amazing line of Portuguese chocolate products. At the front of the stand? “Beijinhos”, of course (Portuguese kisses). 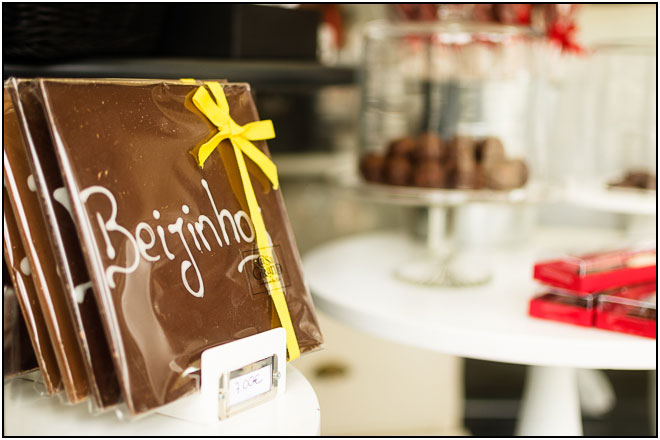 Alongside their lovely lollipops, Casa Grande also had their Portuguese-theme-wrapped chocolate bars on display. These include the Portuguese Guitar, the Galo de Barcelos, and the old electric box-cars. 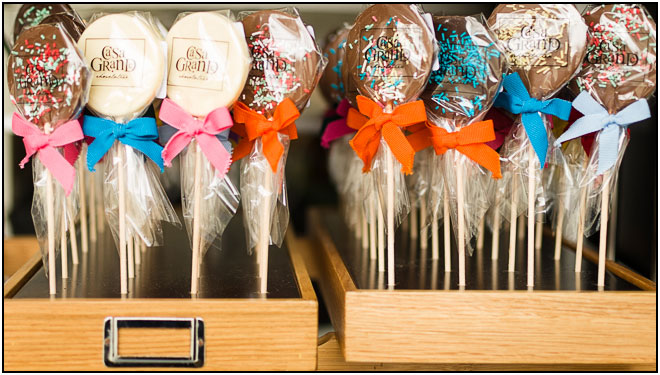 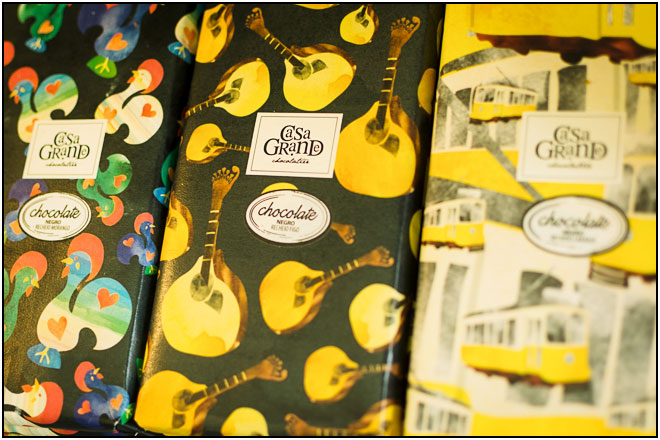 Traditional crepes – made on the spot – with chocolate topping: oh, don’t mind if we do! 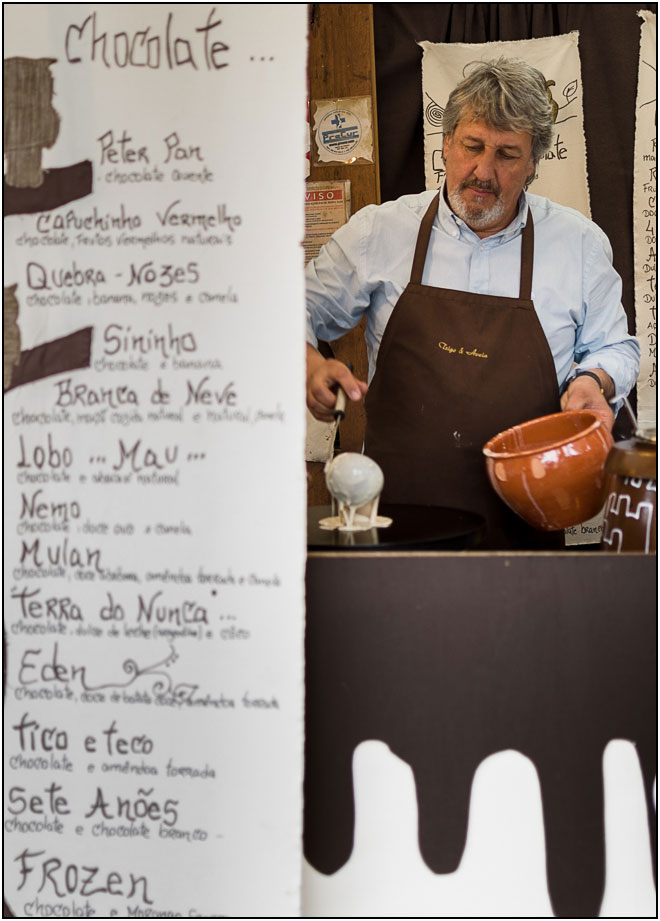 If you’re looking for something to drink with your chocolate, this liqueur is perfect. It’s made only by the monks of the Mosteiro de Singeverga. 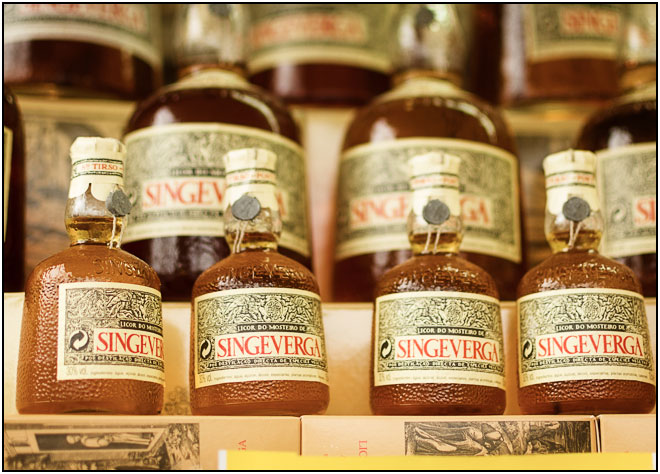 And of course you can’t have a traditional Portuguese fair without cheese! 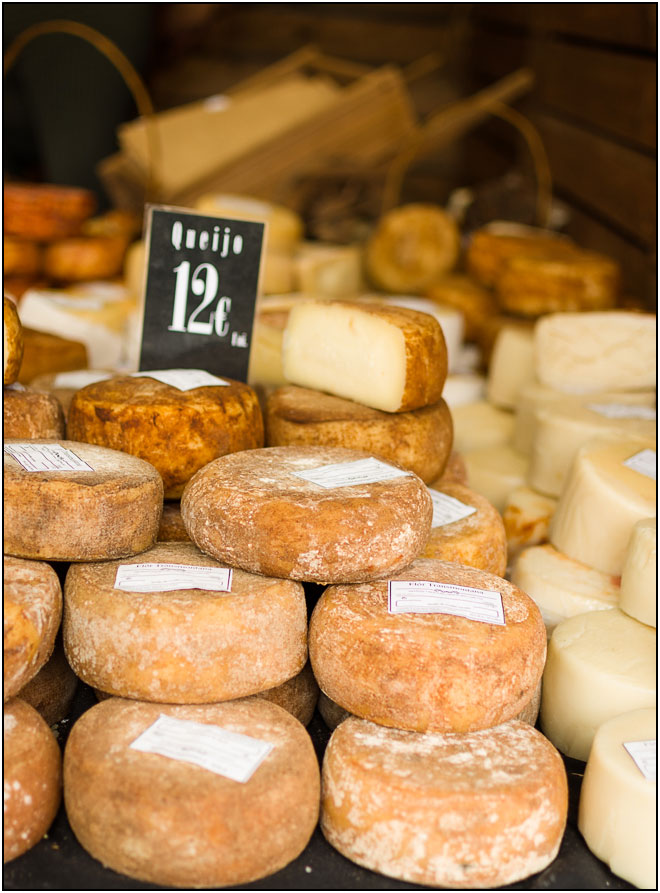 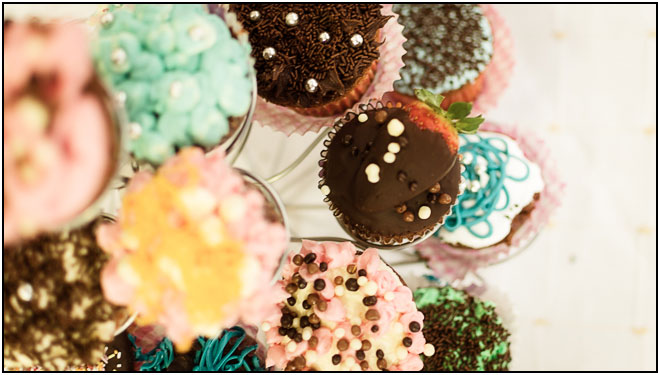 Another special appearance of bread-making: chocolate bread, of course… 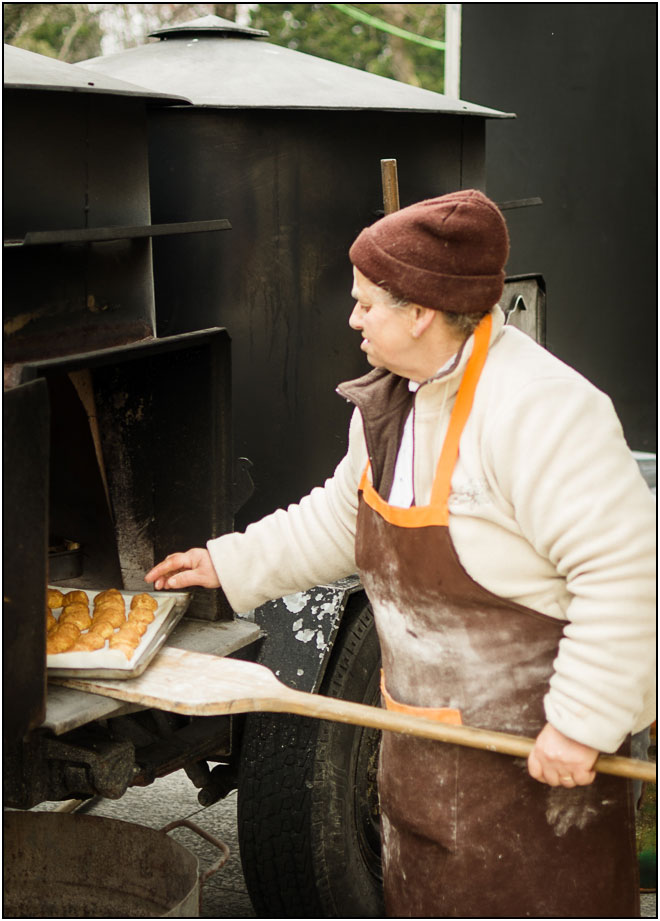 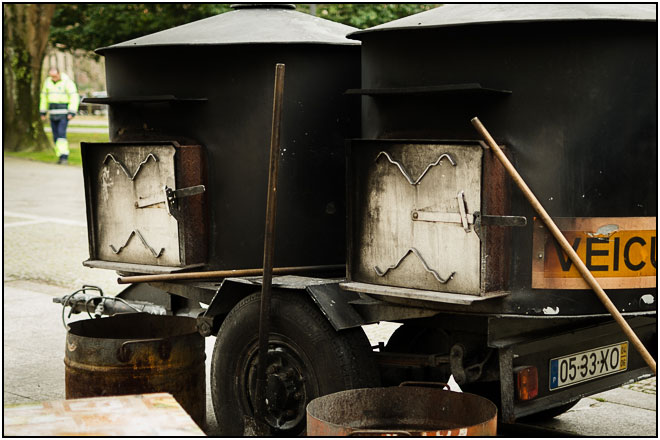 But if you prefer something savory, they got you covered. Try the traditional bread and chouriço, straight out of the coal oven: simply sublime. 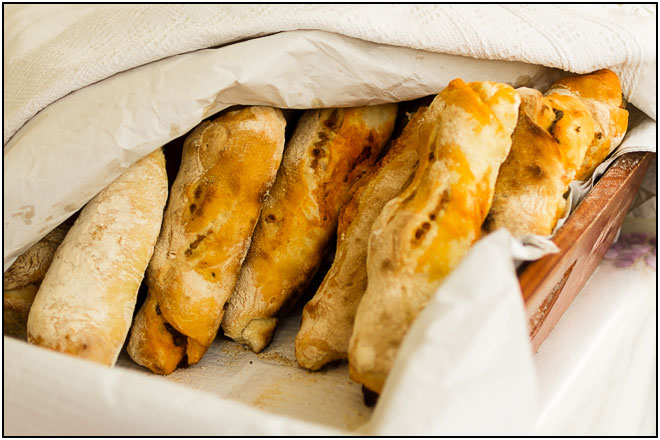 The Chocolate Fair (“Feira do Chocolate”) runs from the 7-17th February in Matosinhos. If you like chocolate (or any of the other treats!) and live nearby, there’s still time to pop over and fill a bag or two!