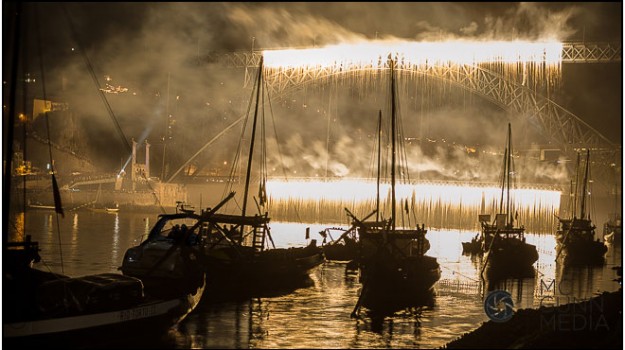 The São João street festival is a very popular event in Portugal. It celebrates the life of Saint John, and is held every year on the night of June 23rd. The main festivities happen in Porto, as Saint John is the town’s Patron Saint.

In June 2004, a journalist from The Guardian wrote:

“Porto’s Festa de São João is one of Europe’s liveliest street festivals, yet it is relatively unknown outside the country”.

São João is one of the biggest street festivals in Portugal.  Hundreds of thousands of people come out into the streets to celebrate.

The activities run up and down the coast line from the “Ribeira” to “Foz”, alongside the river Douro.

The streets are decorated with illuminations and there are many street vendors and performance stages to be entertained by. 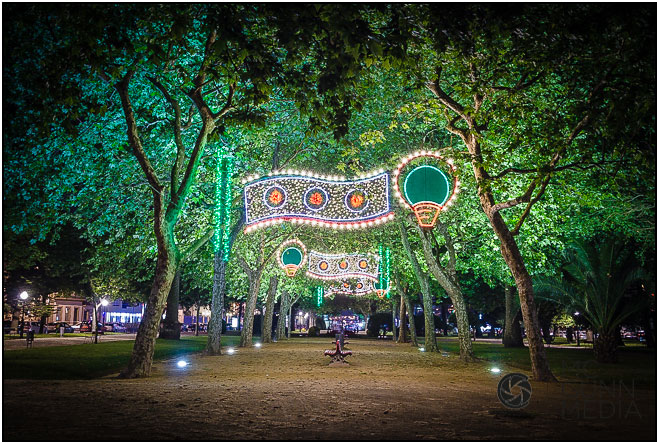 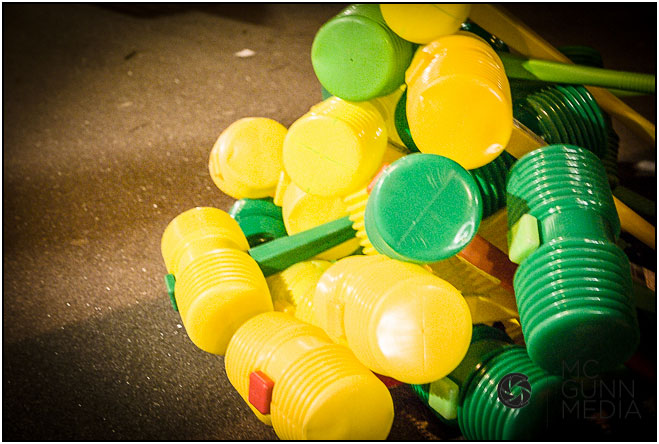 Tradition also dictates that the main course for the São João dinner is grilled sardines served on a slice of corn bread. As such, you can expect  to find barbecues being set up in every corner of town.

For those amongst us who’d rather do without fighting the tiny fish bones, or just don’t like fish, there’s also bbq pork steaks or ribs. No matter what your preferences are, it is impossible to escape the smell of delicious food being cooked on the streets everywhere. 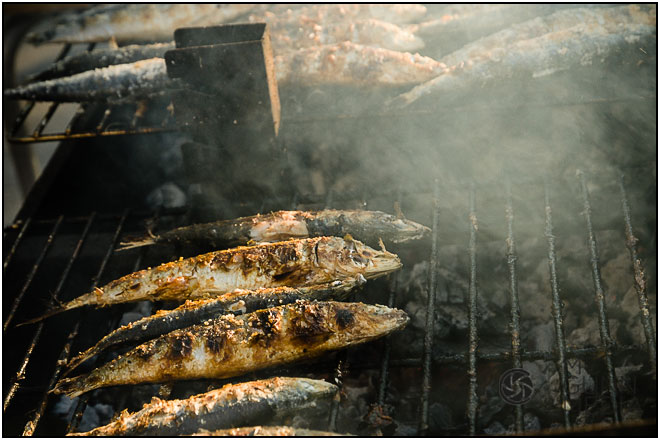 BBQ sardines ready to go on top of a slice of corn bread.

But sardines and garlic are not the only smells to be experienced during the São João festival: the “manjerico” plants are also sold as tokens of love for girlfriends. These also fill the air with their delicate scent, in a stark contrast to everything else. 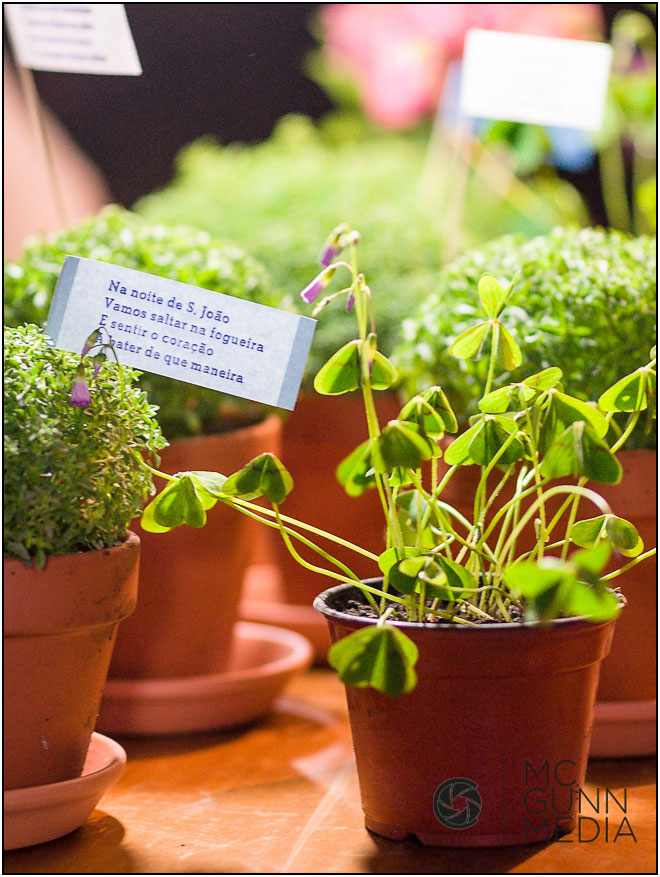 …and at midnight everybody takes a pause in their festivities to enjoy the fireworks by the river banks. 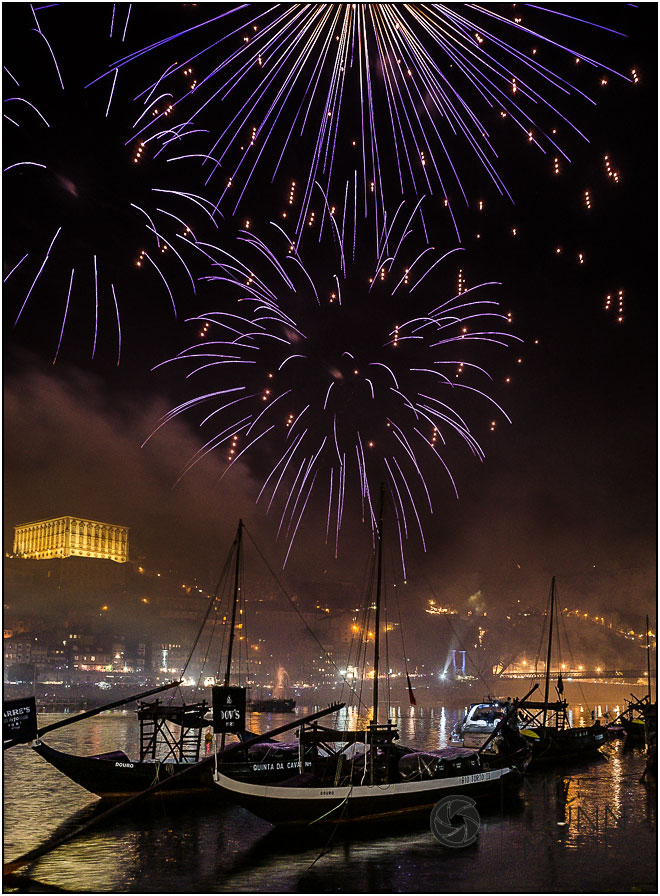 Blue fireworks – the main colour of the city’s blazon.

The  theme for this year’s show was “Skyfall”, the song from the James Bond film. 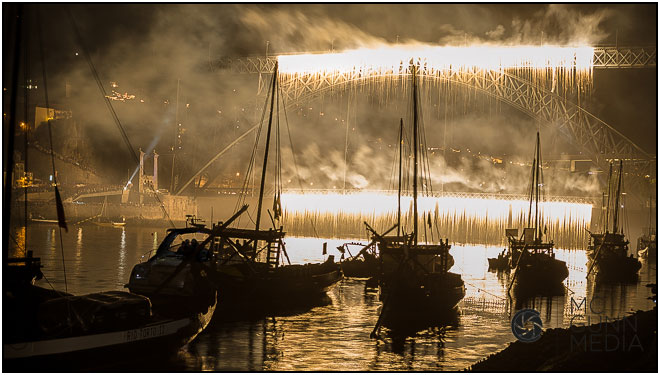 After the fireworks, people start making their way along the river banks. The São João party goes on well into the night, ending watching the sunrise at the beach.